Update 3/31/2019: Here are photos from a November 2017 memorial held for McIntosh at the Faculty of Computer Science of the Institute of Science at Autonomous University of Puebla, Puebla, Mexico.

Update 1/5/2017: For more on McIntosh’s professional career, see these obituaries at Physics Today and Journal of Cellular Automata. 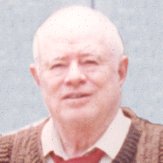 Harold V. McIntosh died November 30, 2015 in Puebla, Mexico. He was an American mathematician who became interested in what is now known as computer algebra to solve problems in physics, leading to his early adoption of the programming language LISP and to his design of the languages CONVERT (in collaboration with Adolfo Guzmán) and REC. His early education and employment was in the United States, but he spent the last 50+ years in Mexico, and received a Ph.D. in Quantum Chemistry at the University of Uppsala in 1972.

McIntosh was born in Colorado in 1929, the oldest of four sons of Charles Roy and Lillian (Martin) McIntosh. He attended Brighton High School in Brighton, near Denver. In 1949 he received a Bachelor of Science in physics from the Colorado Agricultural and Mechanical College, and in 1952 he received a Master of Science in mathematics from Cornell University. He did further graduate studies at Cornell and Brandeis, but stopped before receiving a Ph.D. to take a job at the Aberdeen Proving Ground. Two years later, he moved to RIAS (Research Institute for Advanced Studies), a division of the Glenn L. Martin Company. Around 1962 he accepted a position in the Physics and Astronomy department and the Quantum Theory Project at the University of Florida. After two years at the University of Florida, McIntosh accepted an offer at CENAC (Centro Nacional de Calculo, Instituto Politecnico Nacional) in Mexico. Over the next years, McIntosh worked in various positions in Mexico at Instituto Politecnico Nacional, Instituto Nacional de Energía Nuclear, and, from 1975 on, Universidad Autónoma de Puebla.

McIntosh was widely regarded for his research, writing and teaching; for details, see Gerardo Cisneros-S.: “La computación en México y la influencia de H. V. McIntosh en su desarrollo” (PDF). He organized several special summer programs in the early 1960s that introduced a number of students to higher mathematics and computer programming (see here for example). He also had a lifelong interest in flexagons, which he shared with his students. A symposium in his honor was held a month before he died.

José Manuel Gómez Soto for notifying me of McIntosh’s death and supplying the link to this obituary; Robert Yates, Lowell Hawkinson, and Adolfo Guzmán Arenas for their contributions to “Harold V. McIntosh and his students: Lisp escapes MIT”; and Genaro Juarez Martinez for informing me about the memorial celebration.